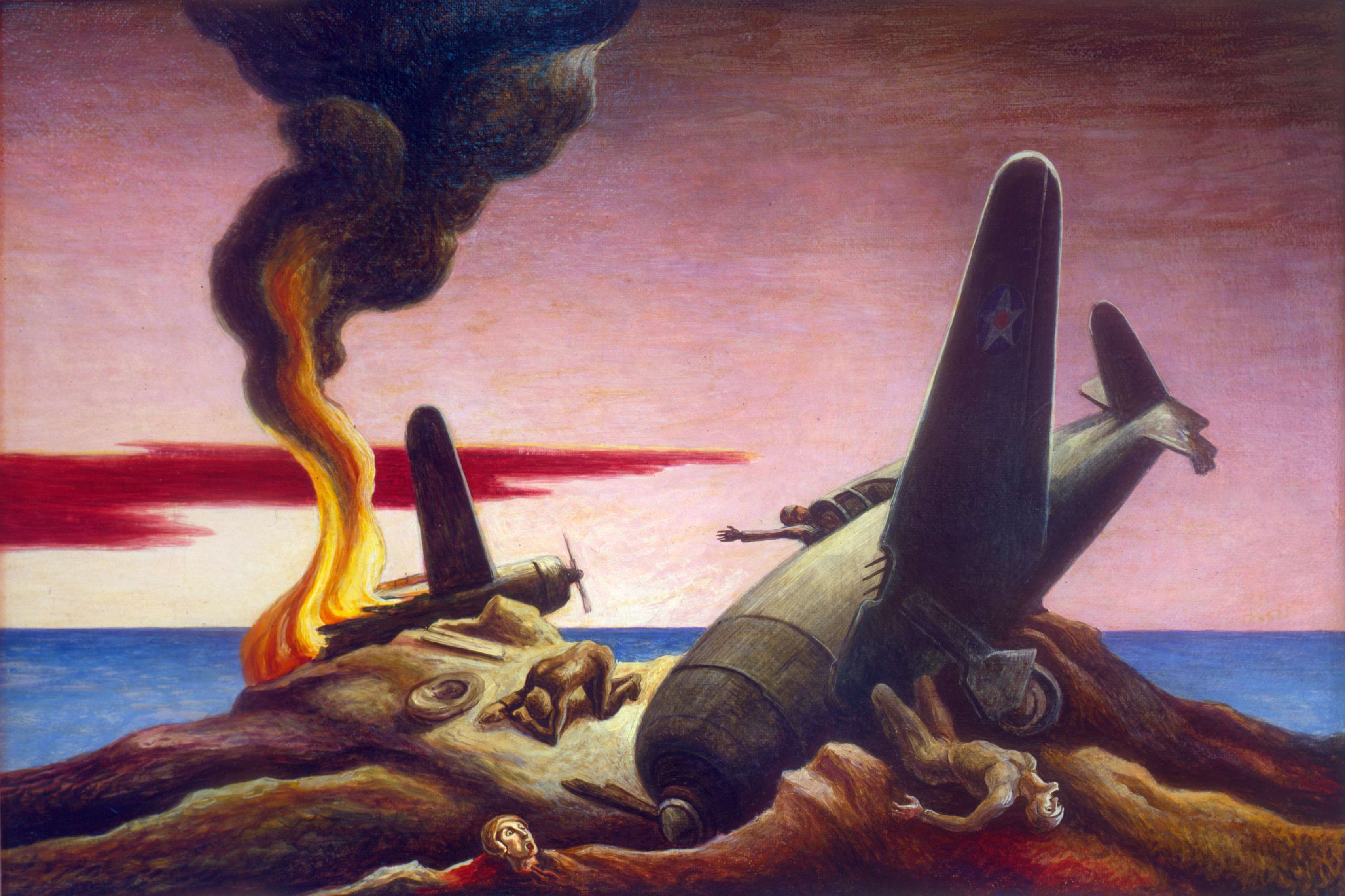 Thomas Hart Benton is best known as an ‘American Regionalist’. This school of artists sprang up in the great depression of the 1930’s.
As the name suggests many of the works produced by this school focus on landscapes, farming and rural matters.

Hart Benton also painted the picture below which is inspired by the (true) tale of the wreck of the ‘ole 97 .
Many singers have performed this song including one of my favourite artists: Johnny Cash. Cash’s version made me want to know more about the song and the crash and that’s how i came to also love the work of  Thomas Hart Benton.

Around this time of year i find myself wanting to look at his work. The rural settings often have an autumnal feel and his use of colour is just incredible.
I’ll probably post some of that work at a later date.

The subject of this post though is War.
Hart Benton’s War paintings aren’t something that i often want to look at but like Goya & Picasso it may have been War that inspired him to produce his best work.